For the message about Christ’s death on the cross is nonsense to those who are being lost; but for us who are being saved it is God’s power. The scripture says,

“I will destroy the wisdom of the wise
and set aside the understanding of the scholars.”

So then, where does that leave the wise? or the scholars? or the skilful debaters of this world? God has shown that this world’s wisdom is foolishness!

For God in his wisdom made it impossible for people to know him by means of their own wisdom. Instead, by means of the so-called “foolish” message we preach, God decided to save those who believe. Jews want miracles for proof, and Greeks look for wisdom. As for us, we proclaim the crucified Christ, a message that is offensive to the Jews and nonsense to the Gentiles; but for those whom God has called, both Jews and Gentiles, this message is Christ, who is the power of God and the wisdom of God. For what seems to be God’s foolishness is wiser than human wisdom, and what seems to be God’s weakness is stronger than human strength.

In this reading Paul talks about the Cross, the centre of our teaching at Easter. How could something that seems so absurd – a crucified “king” – ever be regarded as “wisdom”? How on earth could a defeated “messiah”, hung on the cross, reveal God’s power?

It will be received negatively by some who will only see the humiliation, and the horror, of crucifixion on the one who claims to be Lord. In Jewish culture, being hung on a tree meant the person was damned by God. Even today many who accept Jesus as a real, historical figure deny his deity because he was killed by the Romans.

Yet Scripture tells us that there are those who are being saved by hearing the Gospel. Present tense. They are being saved now, every day, and people will continue to be saved right up until Christ’s return. The Word of the Cross is not just a message of how we can be saved: it is also the announcement that the end times are here, and everyone is caught up in it one way or another.

Right now we are seeing this acted out in our own culture and our own time. Many thousands of people are turning to prayer. Many thousands are finding comfort and forgiveness in the faithfulness of God. Many thousands are being reborn as their isolation is turned into relationship. If you’ve not tried praying, now is a good time to start.

Yet others are mocking. They see our prayers for the world and hope for salvation as mere fantasy, ramblings of the disillusioned. They pin their hopes on their own ability to see through these events. Many of us may be discouraged as we try to share the Gospel with those we meet, only to face negativity. Some of us may prefer to keep our light hidden, for fear of ridicule.

The Gospel needs to be preached because, as people across the world are realising, this pandemic is greater than humankind. It will change the way we live, the economic and social systems we have built, forever. The guidance we need to get out of this pit has to come from outside of ourselves. There is only one place left to go: God is real, and in control, and ready to rescue us.

Lord God, we pray that we find the strength to pray to You bold prayers in this crisis. We pray that You build up your people so that your church can reach out and so that people can be saved in their millions.

We know that humankind has set itself up as its own gods; believing ourselves to be all-powerful creators, rather than the created. We have turned from You, creating our own idols of money, pillaging the earth’s resources and creating economic systems that oppress the poor, weak and vulnerable.

We should have known, Lord, that You would not stand for that. Human initiative always leads in disaster, and we pray that You forgive us and save us again. The wisdom of our world has been made foolish. We have deceived ourselves by pretending that we would have all the answers.

We turn to You as your people in the sure knowledge that you will rescue us. You have decided to save all who believe. We cannot do this without you transforming us and transforming our world.

So we cry, God, give us strength. Save us! Come soon!

In Christ’s name we pray, Amen. 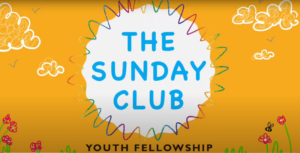